I’ve previously written about volunteering with the RNLI as a Lifeboat Press Officer at Macduff Lifeboat station.

I’m now a little over 6 months in to my role, which so far I’ve found really interesting. Macduff Lifeboat Station is fortunately very quiet, this is good because it means people are safe in the water around the station. This is also bad because the very dedicated volunteer crew train every week and rarely get to put the training in to action. According to the recent stats from the RNLI, the crew I look after spent 4 times as long training as they did on call outs in 2014.

Today, the crew spent the afternoon training (again), but this time with volunteer crews from our neighbouring stations of Buckie & Fraserburgh. This joint training exercise takes place once a year and gives all the crews time to catch up, to look at the other lifeboats and importantly practice working together.

Because the Buckie & Fraserburgh Lifeboats are all-weather lifeboats, (Macduff is an inshore boat) I was able to go out and watch the training first hand and see the kind of conditions the volunteer crews have to work in. 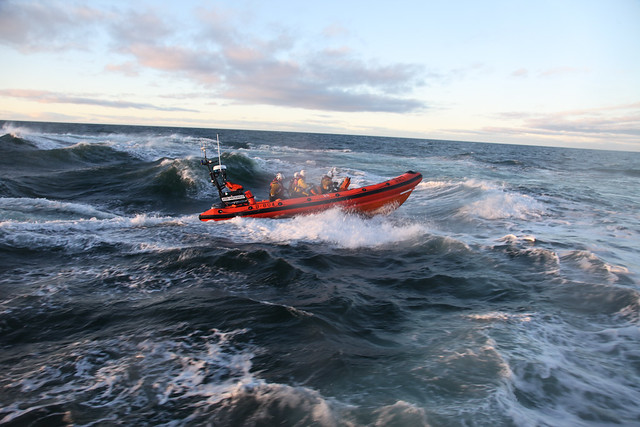 The crews made all the training exercises look effortless, while I was hanging on to a handrail with one hand and trying to take pictures with the other. 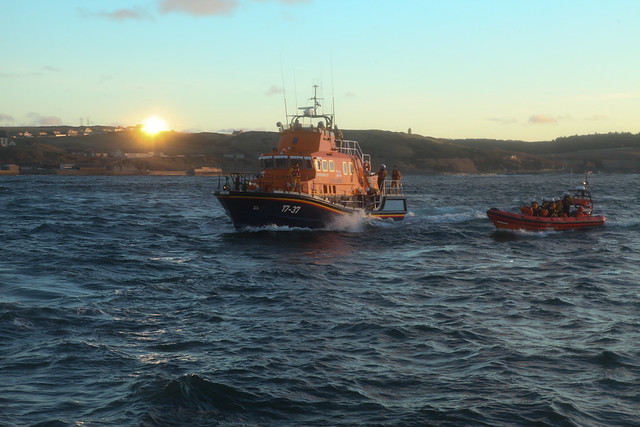 I’m proud to be doing my bit for the the crew at RNLI Macduff, taking a few pictures and updating a Facebook page isn’t half as scary as what the crew have to do out in the North Sea but I like to think I’m doing something…